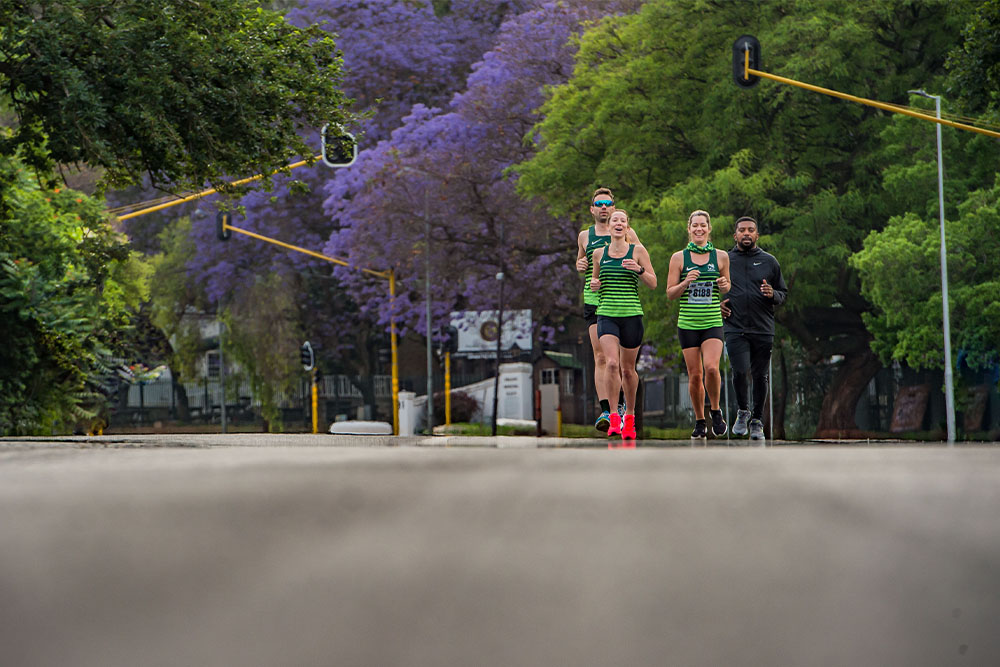 Johannesburg, 28 November 2022. A total of 99% of people feel good or great after going for a run. This was the key finding from a series of running support groups set up by Nedbank in partnership with the South African Depression and Anxiety Group (SADAG) leading up to and throughout Mental Health Awareness Month. The runs took place every day in August and September and were led by Nedbank Runified, Africa’s biggest virtual mass participation race. They aimed to show the nation that exercise, particularly running, can be a starting point to address what has become our nation’s next great health crisis: mental health.

Nedbank Runified for mental health saw athletes, mental health advocates and running enthusiasts lead group runs across the country that were open to anyone who wished to take part. All those who participated were challenged to be cognisant of their mood before and after their run and to report back on how they felt.

‘The results were staggering, but also not totally unexpected’, commented Tobie Badenhorst, Head of Group Sponsorships and Cause Marketing at Nedbank. ‘It has been scientifically proven that exercise, particularly running, improves mental health and reduces depression, stress, and anxiety – this is widely known. But we wanted to illustrate this to South Africans in the most practical way – by facilitating support groups for anyone who felt they needed them. These groups were designed to allow participants to experience the mental effect of even light exercise first-hand.’

Of those who participated, 59% described their mood as ‘flat’ before their run, with only 7% saying they were feeling great. Post-run, just 1% felt their mood hadn’t improved, with 17% describing their mood as ‘good’ and 82% as ‘great’.

‘With South Africa’s mental health stats being one of the worst in the world (one in three South Africans battle with their mental health), our hope is that Nedbank Runified not only gave those who participated an outlet to boost their mood but that it will broadly raise awareness and drive education on mental health. Ultimately, we hope it can create a shift in how we think about and approach mental health. We’d like to thank Nedbank for providing its Runified platform as the vehicle to help us do this and look forward to building on the achievements of the past months,’ added Badenhorst.

‘Nedbank has been involved in running for decades, and we are proud to use the Nedbank Running Club as a partner to create a lasting impact in the communities we serve. Through Runified, we were not only able to raise awareness while driving education on this issue, but through clear insights, we have also demonstrated that running, particularly in groups, can reduce stress, depression, and anxiety,’ concludes Badenhorst.

Nedbank Runified for mental health is not yet over – those who want to join the movement can participate in November from anywhere in the world by joining the Nedbank Running Club on Strava or by searching #NedbankRunified on social media for more details.

If you or your loved ones are battling mental health challenges, there is hope. Visit sadag.org or call 0800 567 567 in the event of an emergency.