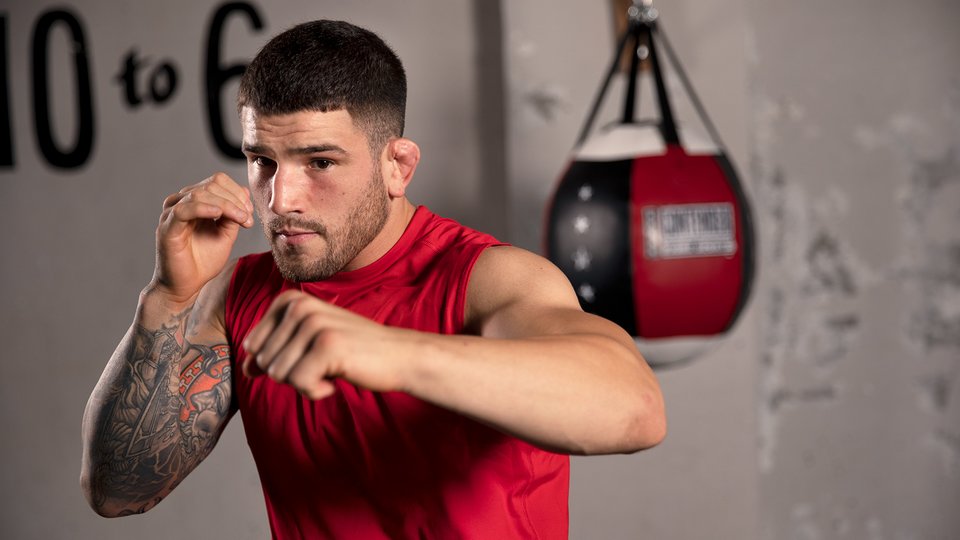 Really hate Mondays? We’d be willing to bet Sean Brady’s are rougher than yours. There’s no clocking in and out with his job—and he wouldn’t have it any other way.

“I get to wake up and do what I love every single day. There’s nothing else I’d rather be doing,” Brady says. “I love lifting weights, I love running. Most fighters hate that side of training, but you have to have strength and conditioning on top of your skills. Luckily, I enjoy every part of it.”

As he mentions in our podcast interview with him, Brady realizes that many UFC fans may not understand that MMA fighting is more than just a sport—it’s an art. As much as the crowd wants to see blood and blows to the face (which they’ll get), there’s much that pay-per-view doesn’t show.

And anyone with aspirations of MMA fighting should know what to expect when it comes to the level of dedication that’s required to succeed. Brady is dedicated to every detail of his training, his diet, and his recovery as his full-time gig. He went undefeated in the Cage Fury Fighting Championships (CFFC) in the welterweight division with an impressive 10-0 record. He was called up to the UFC in March 2019, and will make his UFC debut on October 18 in a welterweight bout against veteran Court McGee. The fight will be at TD Garden in Boston, Massachusetts.

“Fighting is probably the most selfish thing you could do—between training all day, sleeping, eating, resting. I want to do it for my family because they sacrificed a lot, but at the end of the day, it’s me getting punched in the face,” Brady says. “I could do anything I want, but this is what I want to do, and I want to be a world champion. It’s about who’s going to take nutrition a little bit more seriously, get their supplements in line, put in more work, and research a little more; that’s who’s going to get the edge.”

Think you can handle a UFC fighter’s schedule day in and day out? Let’s dive into what really goes on outside of the octagon.

In general, Brady’s diet looks similar at any given time during the year—whole foods, lots of protein, and the right supplements mixed in. Since he does sit about 25 pounds above his fight weight, it takes a strategic cut and dialing in on his nutrition to prepare, which typically coincides with the beginning of camp. 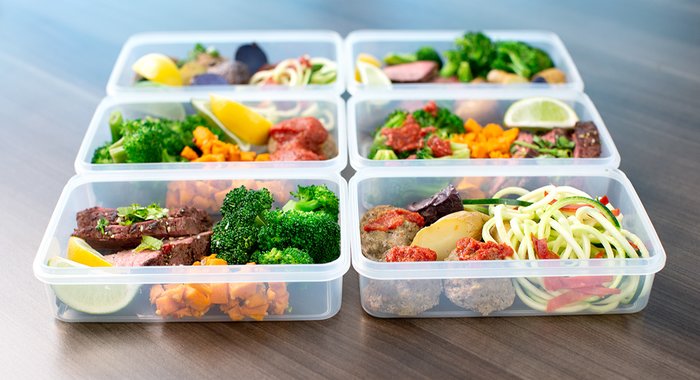 During a weight cut, Brady starts at eight weeks out from a fight eating around 2,800 calories a day, with about 220 grams of carbs, 100-120 grams of fats, and the rest being protein. Every two weeks, he makes a 250-300 calorie drop, losing a couple of pounds a week, getting down to 190 about 10 days out. He’ll sit at 2,000 calories with only 100 grams of carbs—but that’s only the beginning of the real cutting methods.

“One week out is when we start water loading and cutting. So the Saturday prior, I drink two gallons of water, and Sunday, as well. Monday, it’s a gallon and a half. Tuesday is a gallon, Wednesday a half gallon, Thursday a quarter,” he says. “Then, from 5 p.m. on Thursday through weigh-ins, I’m not drinking or eating anything.”

Brady has several training sessions a day, typically beginning with strength and conditioning early in the morning, skill practice midmorning, and then again in the afternoon or evening. When he’s not preparing for a fight, he’ll add a run at night, typically 3-5 miles. 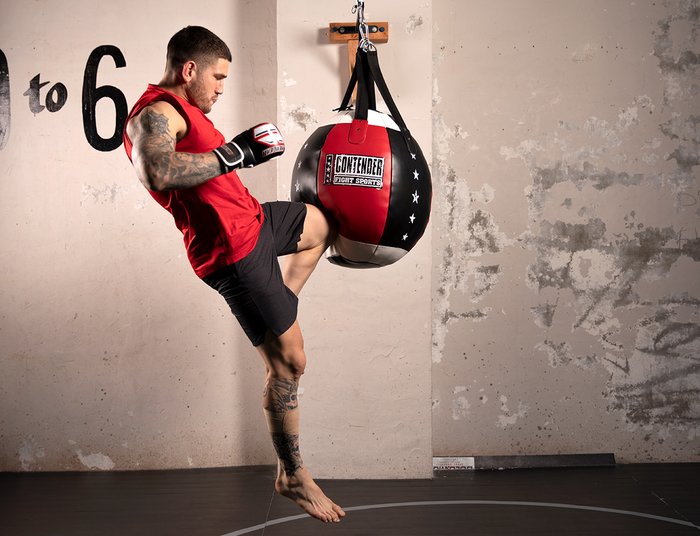 Prior to a fight, Brady goes into eight weeks of training camp. Ideally, these two months are “harder training” than usual, with more sparring and higher intensity—but Brady hasn’t reached the level he’s at with a 10-0 record going half-speed the rest of the year.

“For me, it doesn’t really change too much, aside from my diet getting more dialed in,” he says. “A lot of guys don’t train that hard outside of training camp, but I’m pretty much in training camp year-round.”

And now, a typical Monday in the life of this UFC fighter:

Conditioning: As many rounds as possible in 12 min. 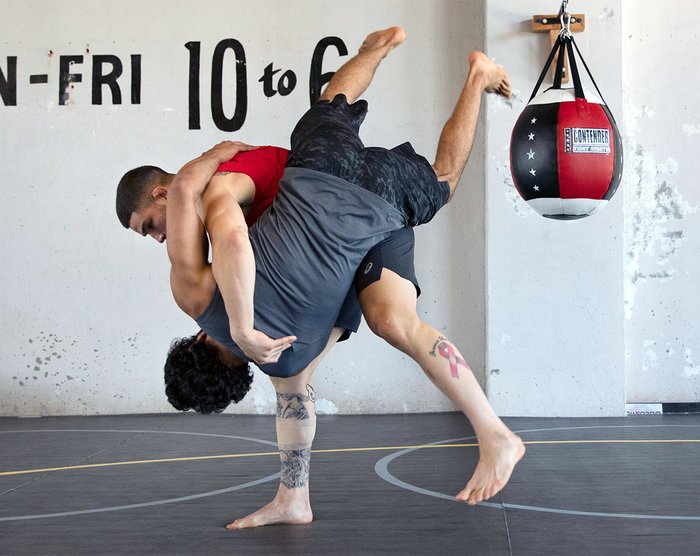 “I usually sit in my NormaTec recovery boots for a while. When I’m resting, I like to watch YouTube videos on fighting, training, strength and conditioning, or nutrition. I might walk Bane, my dog, or do some stuff to help around the house, too.”

Immediately After the Run: Dinner