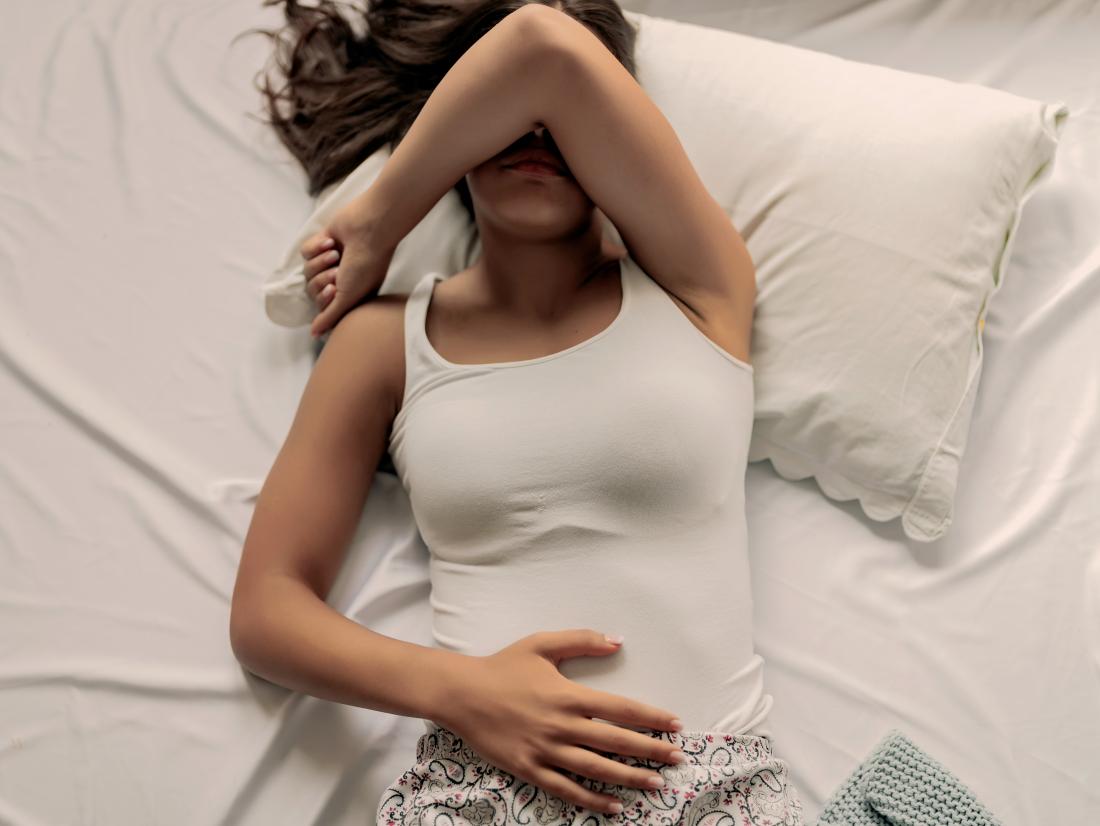 Not all uterine fibroids cause symptoms, and they do not always need treatment. Fibroids can shrink and disappear, especially after menopause. A person may have fibroids without knowing it.

Doctors can recommend some medical treatments for fibroids, but some people may also try dietary methods and herbal medicines to relieve symptoms. However, there is very little research to say that they are effective.

In this article, we explore the evidence behind natural treatments for fibroids, including herbal remedies, and dietary and lifestyle changes.


A person with fibroids may experience heavy periods.

Fibroids, also called leiomyomas, are noncancerous tumors that sometimes develop in the uterus. They are the most common noncancerous gynecological tumor in premenopausal people. Estimates vary, but according to the Office on Women’s Health, fibroids may affect between 20 and 80% of people before age 50.

Around 1 in 3 females with fibroids may experience symptoms that can include:

Can natural treatments help with fibroids?

In many cases, fibroids shrink and disappear without treatment. However, if a person experiences bothersome or severe symptoms, a doctor may recommend treatment, which includes birth control pills or surgery.

Some medications can shrink fibroids, but they often result in adverse side effects. For this reason, doctors typically only prescribe drugs for short term use or in preparation for surgery.

However, there have been few studies to date that confirm whether changes in diet or using herbal remedies can help treat fibroids or prevent someone from developing them.

One 2016 article investigated the possible role of diet and complementary or alternative medicine in treating fibroids. It concluded that although some foods might reduce the risk of developing fibroids, others might increase the risk. It was also unable to confirm whether herbal medicines can help.

Of the studies that do exist, most cite research from cell cultures or animals. This means that researchers do not know whether the remedies will have the same effects in humans.

Scientists must carry out more research on humans before medical professionals can recommend any complementary medicine or other natural remedies for the management or treatment of fibroids.

However, some experts believe that some lifestyle changes can enhance a person’s quality of life and help improve some of the symptoms associated with fibroids, such as painful periods and depression. These changes include eating a healthful diet, getting regular exercise, and using relaxation techniques.

The following sections look in more detail at some of the natural treatments that may help a person with fibroids.

The following sections look at dietary changes that might help with fibroids: 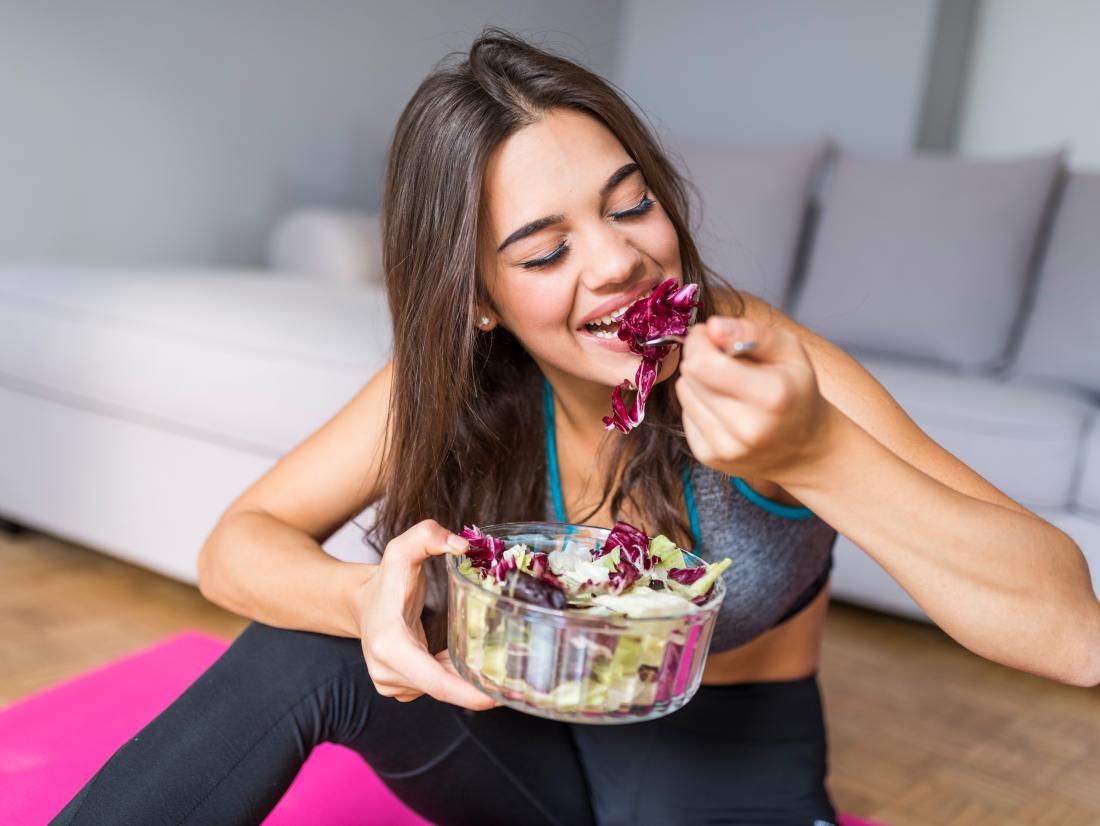 A plant based diet may help reduce symptoms of fibroids.

Stay in the know. Get our free daily newsletter

You’ve got questions. We’ve got answers. Expert, evidence-based advice delivered straight to your inbox to help you take control of your health

Some research suggests that people who eat a diet high in red meat and high energy-dense foods, which are foods that contain lots of calories, fat, and sugar, may be more likely to develop fibroids. Replacing red meat (beef, ham, or lamb) with white meat (chicken or turkey) may help.

In general, replacing red meats with white meats or plant based sources of protein, such as beans, could be a good move for health. According to the American Heart Association, meat contains high levels of saturated and trans fats, which can raise cholesterol and worsen heart disease.

The results of a study from 2011, which looked at over 22,583 premenopausal females, suggested that people who ate more fruit and more animal-derived vitamin A were less likely to have uterine fibroids. They did not find links with vitamins C or E, folate, or carotenoids.

Animal sources of vitamin A include dairy products, fish, and meat.

Foods that contain certain vitamins may protect against fibroids and also increase the healthfulness of a person’s diet. These include:

If a person is unable to get enough of a particular vitamin through their diet, they can consider taking vitamin supplements.

A study from 2004 looked at the link between fibroids and alcohol and caffeine in black females in the United States. The results suggested that fibroids had links with alcohol, particularly beer, but they did not find an association with caffeine.

When considering these studies, it is important to note that just because there is a link between factors (correlation), it does not mean that one causes the other (causality). For example, if a specific diet has associations with a higher likelihood of fibroids, it does not mean that people who follow that diet will develop fibroids.

Small scale research studies have looked at the effects of various herbal remedies for fibroids, such as green tea and Chinese medicine. More research is needed before doctors recommend these treatments. The following sections discuss current research.

Green tea contains chemicals called flavanols, which are antioxidants. Antioxidants help to reduce cell damage in the body by reducing oxidative stress. Oxidative stress is a significant cause of disease.

A 2013 study looked at the effects of taking green tea extract (epigallocatechin gallate) on 33 females with one or more fibroids. The participants took either 800 milligrams (mg) of green tea or a placebo for 4 months. The authors report that those who took green tea extract had less severe fibroids symptoms and that their fibroids became smaller.

Resveratrol is a chemical that plants produce when they are under environmental stress and infection. Natural foods that contain resveratrol include blueberries, mulberries, raspberries, and grapes.

Research suggests that resveratrol may stop cell growth and reproduction of uterine fibroid cells. However, these studies looked at the effects of resveratrol on cell cultures. Researchers do not know if eating foods that contain resveratrol will affect fibroids.

Curcumin is one of the active ingredients in turmeric. It has antioxidant, anti-inflammatory, and antibacterial properties.

Some research suggests that curcumin can destroy fibrotic cells or stop them from reproducing. Again, cell cultures form the bases of these studies, and researchers need to look at its effects on humans to know whether it will be useful. 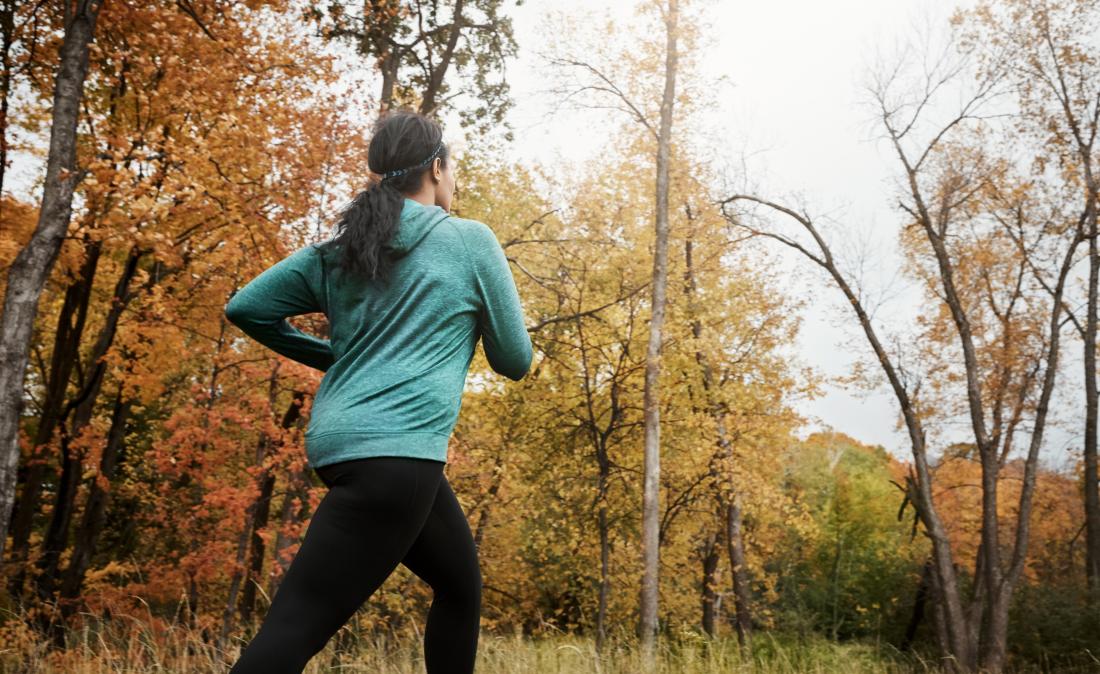 Some people may find that lifestyle factors can help improve symptoms associated with fibroids, such as painful or heavy periods and depression. These include:

Fibroids are more common in people who are overweight or obese, so maintaining a healthful weight can also protect against fibroids. Getting regular exercise and eating a healthful diet are very effective ways to lose weight.

Not all fibroids require treatment. If they produce symptoms, a doctor may recommend a range of treatments depending on how severe the symptoms are.

Birth control pills and progesterone-like treatments — such as Depo-Provera injections or intrauterine devices (IUDs) — can help control heavy menstrual bleeding. However, they do not shrink the fibroids.

Doctors can prescribe drugs that shrink fibroids, called gonadotropin-releasing hormone agonists (GnRHa), such as Lupron. However, they can have severe side effects, such as bone loss, so people usually take them for just 6 months. When they stop taking them, the fibroids often grow back.

A range of surgical options can also help treat fibroids. People can talk to their doctor about the best treatment options for them.

Uterine fibroids are common noncancerous growths in the uterus. Although they may not be cancerous, they can affect a person’s quality of life.

Doctors can prescribe hormonal therapy and other medications to treat the symptoms of uterine fibroids, though their effectiveness is limited. Surgery is the most effective treatment.

Although some research suggests that diet and herbal remedies can help with fibroids, many studies in this area not methodologically strong or not carried out in humans. Further research is necessary to confirm these findings, and people should speak with their doctor about any dietary changes they can make to improve their health.