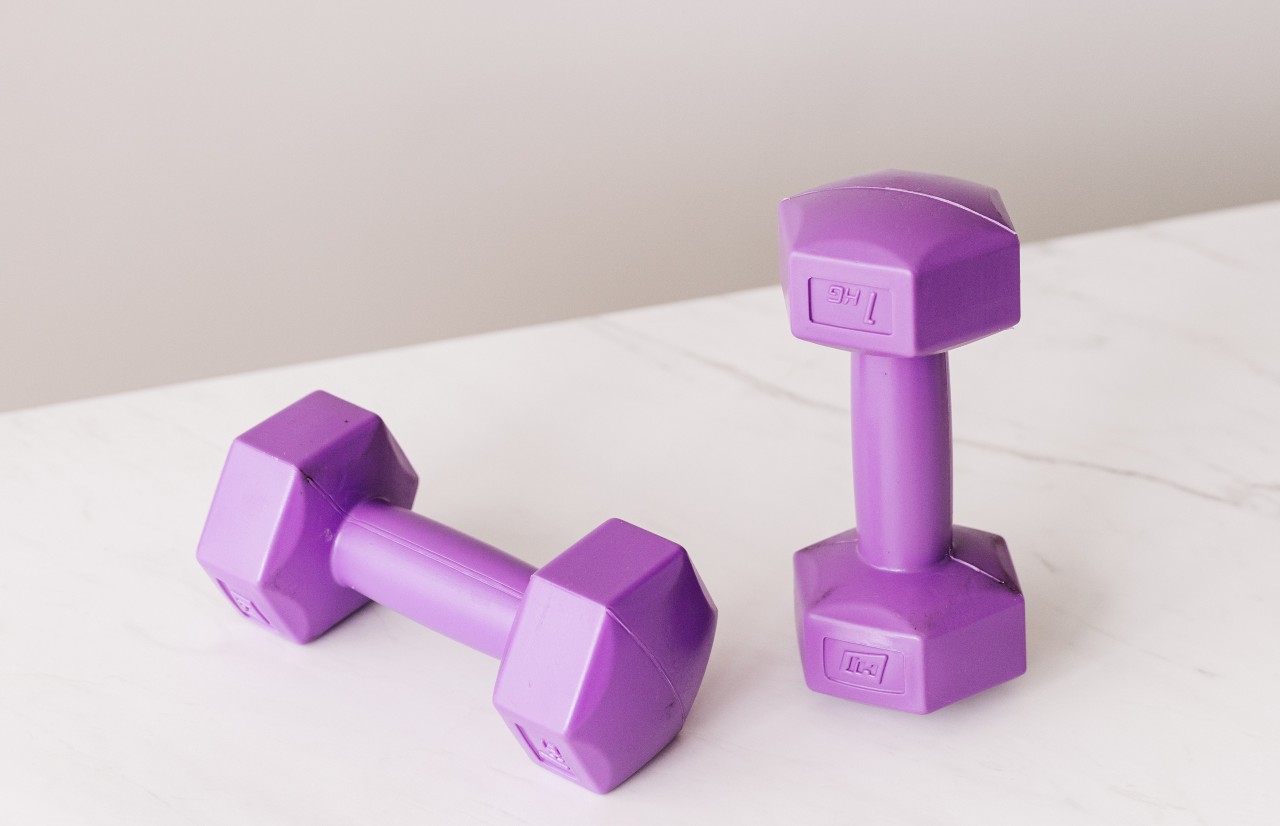 She’s trained like Brie Larson, J Lo, and even Dwayne “The Rock” Johnson, but this time, YouTuber and fitness coach Lucy Davis takes on Adele’s workout routine – and it’s a bit of a gnarly one.

15-time Grammy winner Adele was the talk of the town when she lost 45kg of body weight over the course of about two years. But, honestly? We suggest you don’t give a Peppa Pig about what she weighs – as, based on her responses from the countless times she has been probed about her appearance, neither does she. She trains for strength, improved health (physical, sure, but also mental and emotional), and a bloomin’ good time. That’s what it’s really about, right?

Hyped – and a tad apprehensive – Davis took to the gym to train à la Adele.

It’s not for the time-poor

Adele’s workout routine is, apparently, a meaty 3-parter comprised of cardio, weights, and a walk or hike. Every. Single. Day. Yikes.

Of course, only the insane would do that in one fell swoop, but totted up, it could take a good 2.5 hours to complete (if you allow 45-60 minutes for weight training, 30 minutes to get your sweat on doing cardio, and a further 60-odd minutes to hit the recommended 10k daily step count).

Davis notes that not only is this kind of training not sustainable, it’s also not necessary, and we couldn’t agree more. ‘I completely understand that that’s quite a lot to do all the time, but from what I’ve read she [Adele] didn’t do that every single day – she did Pilates and yoga some days,’ she says.

READ MORE: “After Doing Kate Hudson’s Workouts For A Week, I Understand Why She’s So Fit”

Davis suggests that Adele might’ve been working towards a fat loss goal, but Adele actually set the record straight on this during an interview with British Vogue earlier this year, saying: ‘It was never about losing weight, it was always about becoming strong and giving myself as much time every day without my phone.’ However, friendly reminder, if fat loss is your goal you absolutely do not need to cane it in the gym for hours on end. There are Far (capital F) safer, more sustainable, and more enjoyable methods.

Cracking on with the cardio

Rumour has it (geddit?) that when Adele does do this mammoth session, she starts with weights in the morning, followed by a walk in the afternoon and cardio later in the day. For convenience (because who really wants to make two trips to the gym?), Davis completes 2/3 parts in one visit – starting with the cardio portion.

A few minutes into a half-hour stint on the stepper, Davis is not having a fun time. ‘I’m already bored,’ she says, and we can relate. Bored doesn’t equal easy, though, and she finishes the cardio workout significantly warmer than when she started. ‘Oh my god, I’m literally so hot. Honestly, look at that –’ *lifts jumper to show sweat patches* ‘like I’m literally dripping with sweat. […] I don’t usually sweat like this unless I’m doing a 10k run.’

READ MORE: ​Why Nadia Jaftha Is Done With Waiting For Other People’s Validation

Moving onto the weights section of the workout, Davis expresses her excitement at hearing Adele stans deadlifts. ‘She loves deadlifts! There was a stat where she [went from] lifting the bar to like 170lbs or something. I was like’ *claps*. ‘We love to see it. We love a strong woman,’ she says.

On Davis’ list of exercises to complete were deadlifts, pull-ups (‘I absolutely love pull-ups – they’re a fantastic exercise,’), squats, lunges, lateral raises, and jump squats. She notes that, as the workout progresses, she feels more fatigued than normal, while her heart rate is particularly high. ‘Just realised my heart rate has been at 140-145 – quite unusual for me for a workout actually,’ she says.

The weights section is concluded with a few sets of ab crunches, which are especially lethal following compound exercises like deadlifts and squats that recruit multiple muscle groups – including the core. ‘Wow, this is a tough time,’ Davis says midway through the first of three sets.

When she’s asked how she feels afterwards, she responds: ‘Really quite sore, I won’t lie to you.’

READ MORE: Kim Kardashian Barely Does Any Cardio, According To Her Trainer

Davis concludes her day of training like Adele with a walk in her local area, before reflecting on the three-part workout she bossed. ‘It’s a really good session it’s just quite like… I think it was the cardio at the start – it makes it obviously quite lengthy […] and it starts to drag on a bit but, overall, it’s actually a really good session. 100% you can do this – this is good, this is not crazy like The Rock workout. This is good.’

Our thoughts? We definitely wouldn’t recommend doing three workouts a day. As Davis says, it’s neither safe nor sustainable, and TBH, the only reason she’s not totally floored is probably because she’s a former professional swimmer and has extreme workouts like The Rock’s to compare Adele’s to. Basically, she’s a machine, but it could be seriously dangerous for us mere mortals.

For nosey’s sake, here’s the full breakdown of Adele’s session that Davis completed. Again, please do not try this at home.

Davis notes that there’s nowhere to hike near where she lives, so she opts for a low-intensity walk.

This story was first published in womenshealthmag/uk