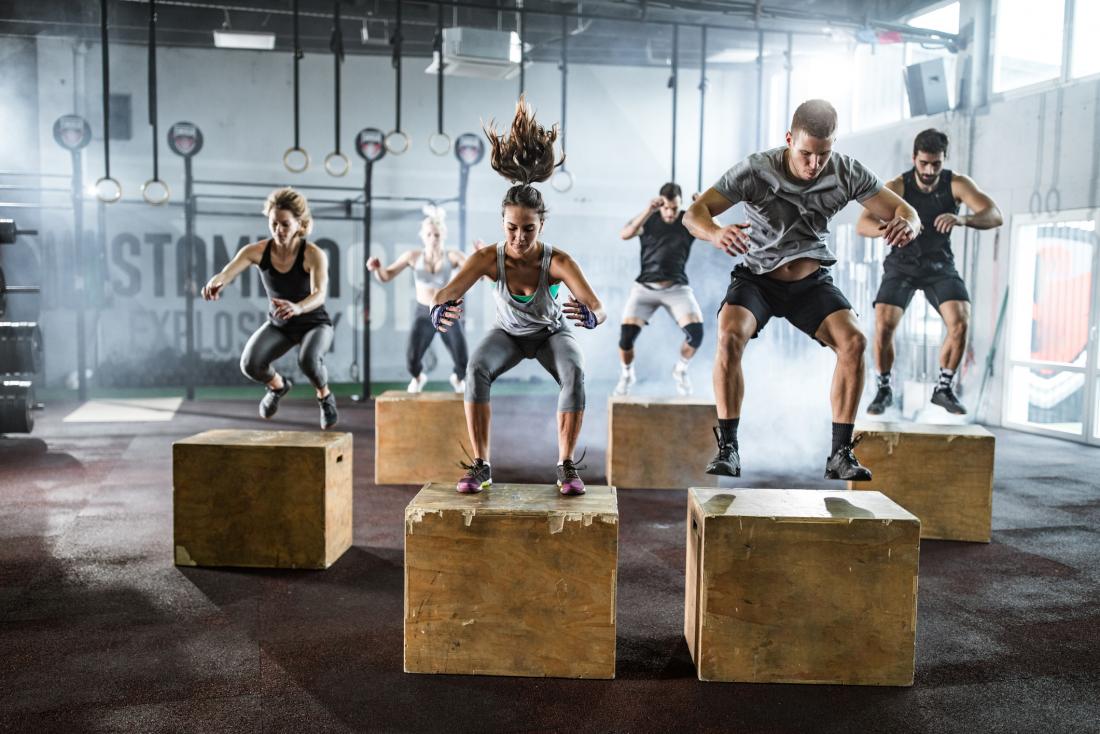 Researchers at Hôpital de la Pitié-Salpêtrière in Paris, France, have found that overtraining syndrome may affect the brain, as well as the rest of the body.

Overtraining syndrome is a form of burnout in endurance athletes. It occurs as a result of intensive physical training overload.

The authors believe that this form of fatigue may involve some of the same neural circuitry as the fatigue that follows intensive intellectual work.

Cognitive control, sometimes called executive control, refers to a person’s ability to change their behavior and thought processes to achieve their goals.

A physical training overload leads to a significant drop in physical performance as athletes experience an overwhelming sense of fatigue. The researchers wanted to test whether overtraining syndrome arises in part from neural fatigue in the brain, as well as from muscle tiredness.

They were also interested in whether the overtraining affected the same portion of the brain as excessive intellectual work.

The group recruited 37 competitive male endurance athletes with an average age of 35 years. The participants either continued with their regular exercise regimen or increased their training by 40% per session over 3 weeks.

The athletes participated in cycling exercises on their rest days so that the researchers could monitor their physical performance. They also completed questionnaires that asked them about their subjective experience of fatigue.

The study, which features in Current Biology, showed that over 3 weeks, physical training overload led to the athletes feeling more fatigued and also behaving differently.

In tests that evaluated economic choices, the fatigued athletes were more likely to act impulsively.

MRI scans showed that physically overloading the athletes resulted in impaired activation of the lateral prefrontal cortex. This area of the brain is responsible for higher order cognitive control; it influences decision-making, planning, behavioral inhibition, and motivational operations, among other behaviors.

Motivational operations are particularly interesting because they define how the brain processes reward information. This study’s findings show that athletes who experienced physical overload were more likely to act impulsively. Specifically, they opted for immediate rewards rather than rewards that were more significant but would take longer to achieve.

The authors explain that although endurance training is generally good for health, it might have an unexpected effect on the brain in some instances.

This study is the first to demonstrate that physical training can also induce cognitive fatigue.

In their paper, the authors ask whether their findings might help explain why endurance athletes have a higher likelihood of doping. They note that doping “may help with immediate performance but compromise long term achievements.”

If training overload increases impulsivity and decreases the capacity to resist the temptation of immediate reward, the authors wonder whether this could have important consequences outside of sport.

The authors were particularly struck by the fact that both physical overload and excessive intellectual work affect the same area of the brain.

The corresponding author, Mathias Pessiglione, explains, “This brain region, therefore, appeared as the weak spot of the brain network responsible for cognitive control. You need to control the automatic process that makes you stop when muscles or joint hurts.”

It is worth noting that this study only involved a small group of participants. Researchers will need to carry out further experiments using larger cohorts to assess whether this is a genuine effect.

Also, because the scientists only recruited people who were physically fit, it is not clear whether people at other levels of fitness might also experience this effect.