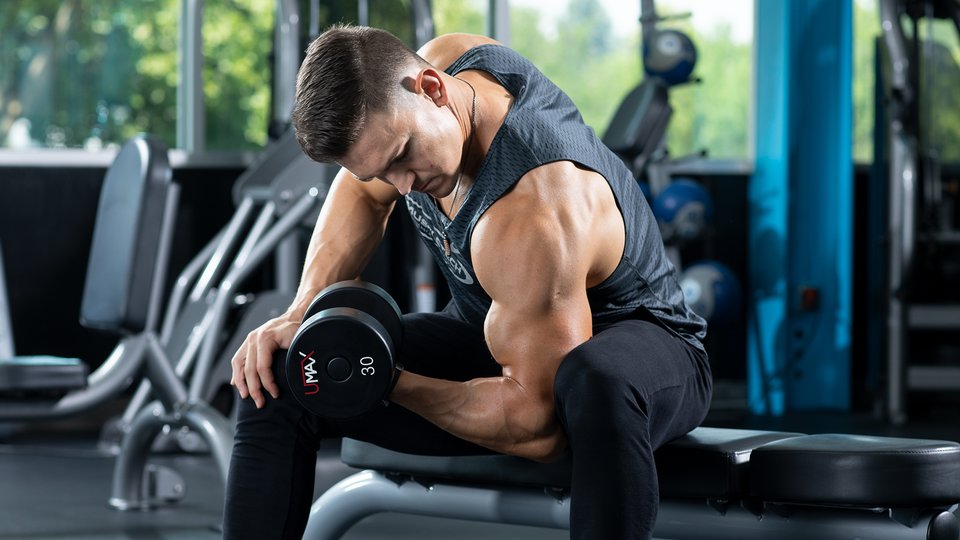 When you think of bodybuilding, you likely think of two poses: the most muscular and the front double biceps. With either of those poses, your biceps better look strikingly massive, or you’re going to be working your way down the rankings.

If you want your guns to be worthy of wearing tank tops, flexing selfies, or winning trophies onstage, heed the sage advice of some of the greatest gunslingers in bodybuilding history. These four exercises from four all-time greats are just what you need to be your own all-time best.

This one was a favorite of Arnold Schwarzenegger’s. He would visualize his biceps as if they were mountains that would get bigger and bigger. You don’t necessarily have to do that, but you should give major focus to the contraction and feeling the muscle working. Each rep helps your muscle-building cause.

Concentration curls can be performed while standing, like Arnold did in “Pumping Iron,” or they can be done seated. Either way, make sure your upper arm remains fixed, and don’t swing the weight up. A tempo of 2 seconds up, 1 second squeeze, and 2 seconds down will serve you well.

These used to also be known as Scott curls. That’s because of the man who first made them famous, Larry Scott. He was the first Mr. Olympia, winning the contest in 1965 and 1966. He believed that if your upper arms were braced and the biceps had to work alone, they would grow and get stronger.

The key to maximizing this exercise is to use a full range of motion. It looks cool to do partials with more weight—and they can have some benefit in the right situation—but let’s leave that to the more advanced. If you struggle with biceps size or are new to the iron game, you need a longer range of motion and a hard contraction at the top of each rep. 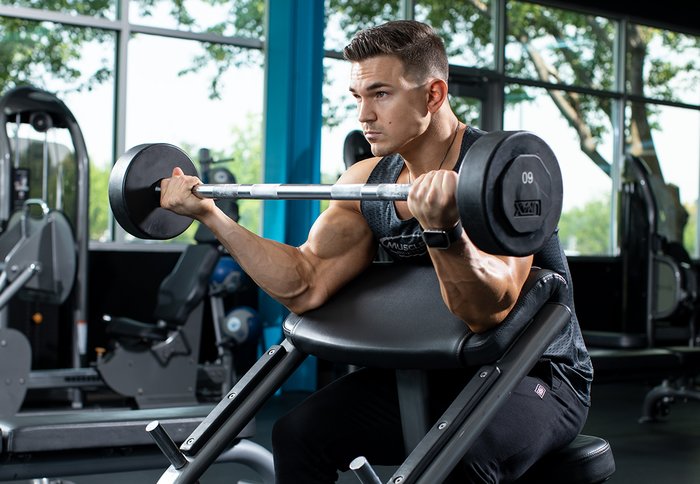 Mr. Olympia 2008 champion Dexter “The Blade” Jackson is known for always being ripped, but his arms are massive in their own right. In multiple videos and interviews, he credits what are called “21s” for helping build biceps that are now considered among the best of all time.

For those of you unfamiliar with this exercise, start with an EZ-bar or barbell. Perform 7 half-rep curls from the bottom to the middle, 7 from the middle to the top, and finally 7 full reps. You’re going to hit the lower portion of the biceps, then the upper part, and finally the entire muscle group. If you find yourself using momentum to move the weight, lean against a wall to keep your torso and hips rigid. Those biceps don’t need backup!

You might also know these as Superman curls. Whatever you call them, they were a favorite of eight-time Mr. Olympia Ronnie Coleman. It’s a unique way to hit the muscle—high angle, constant tension with the cable, and the upper arms are higher instead of at your sides like other movements. Plus, you’re basically doing a weighted version of the front double biceps pose!

Try to turn the pinkie side of the handles in at the top to hit that peak a little harder with an extra squeeze. Moderate weights with higher reps will turn this into a killer finisher. Can’t leave the gym without the biceps burning and a real pump going!