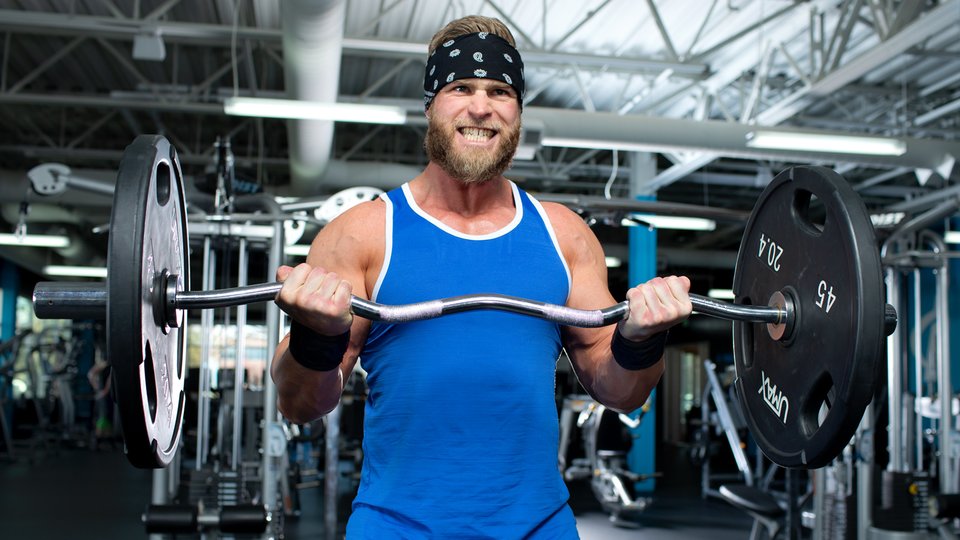 “There was a point in my life where I thought, ‘I don’t care if I die young. I just want to be in the biggest pine box possible,'” recalls Kaleb Redden. Back in those days, he was a football player and diehard lifter with plenty of gains—and plenty of injuries—to show for his efforts. He was huge, yes, but healthy? Definitely not.

Fifteen or so years down the line, everything has changed—except his passion for lifting. Redden is a father, husband, orthopedic doctor, and the team doctor for Kaged Muscle supplements and their sponsored athletes. In other words, he has a lot of reasons to function at a very high level long after his grueling workouts end.

As detailed in “Lessons from a Jacked Medical Doctor,” Redden is as big and strong as he’s ever been, and absolutely throws down in the weight room. And now he does it without the downsides that plagued him as a younger lifter. But it didn’t happen by accident.

Here’s how the man who goes by “Doc Thor” changed his ways for the better—and recommends you do the same. 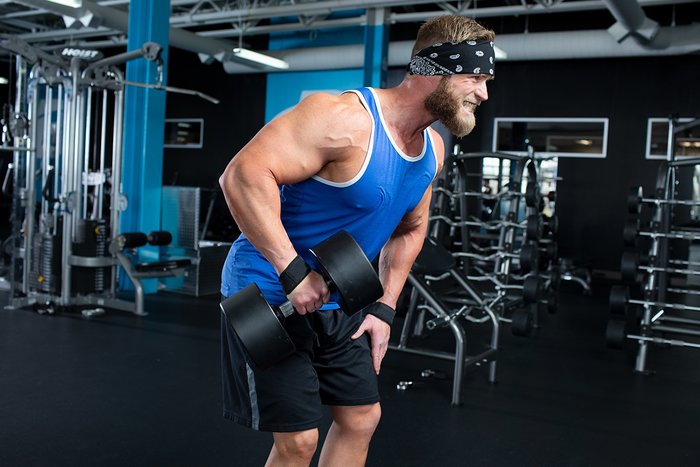 Max-effort strength is the eternal siren’s call of the weight room. Big stacks of plates are asking if you could possibly lift them, and if you’re willing to give up what is necessary to do so. Redden knows this all too well.

“I had this idea for a long time that ‘I’m going to be the strongest dad on the block and my kids are going to think that’s so cool,'” he recalls. “But I realized numbers don’t matter to them. My kids don’t give a shit how much I can deadlift. They care about whether I can play soccer with them and ride my bike to school with them—things like that.”

With time, he says, he’s had to be more targeted in his training, but also more open-minded in what he’s training for. Hitting a solid low-rep PR or a heavy single is important on occasion, but prioritize it too highly, and it will almost always take more than it gives.

“I still push myself to extremes, but it’s with intensity; it’s not just about hitting numbers,” he says. “And it’s a lot more calculated than it was maybe 15 or 20 years ago.”

You can see what this intensity looks like in Redden’s video workout with Kris Gethin, the appropriately named “Get Wide or Die Trying.” Today, one gym, one scoop of Pre-Kaged, and one training partner are the only numbers Redden needs.

Lesson for you: Don’t let a single number or achievement define you for better or worse. How you dedicate the majority of your training is what really shows where your priorities lie.

2. Train, and Rest, Without Exception

Even when he found his calling in medicine, Redden knew he was a lifter at heart. That meant that even during medical school, missing workouts wasn’t an option. He knew he had to find a way.

“Class would go from 8 a.m. to noon,” he recalls. “They’d let you out for an hour. I would leave 15 minutes early from the last class and then I would come 15 minutes late to the next class. So I would jog to the gym, work out, listen to lectures during my workouts—which I hated.”

However, there was an exception: “I never really worked out on Sunday, just because I wanted to spend time with my family instead of going to the gym.”

No, it wasn’t always easy, and yes, some sleep was lost along the way. But the deeper Redden got into his medical training, the more he saw that important, lasting changes in the body only happened in response to consistent, repeated stimulus. What he was learning in med school only reinforced that conclusion.

However, that couldn’t come at the expense of his job, life, or family. Finding the balance took plenty of practice, but embracing that practice is the work of a lifetime.

The lesson for you: Your body needs constant encouragement if you want lasting change. But your private life is what makes the privilege of training possible. Give both what they need to get the results you want, and then repeat the process more times than you can count.

3. Love Lifting, Not Just What Lifting Gives You

Redden hears it all the time: “You should compete!” And he says the prospect of doing a bodybuilding or powerlifting competition crosses his mind every May or June, like clockwork.

So, what keeps him from doing it? He remembers what keeps bringing him back to the gym in the first place.

“I’m a body builder, not a bodybuilder. I just want to build my body,” he says. “I’ve learned to basically feel successful with the process, and the things I’ve learned feel more valuable to me than any medal.”

And what he’s learned most of all is simply this: He loves training.

“That’s my favorite thing to do; I love lifting weights,” he says. “If you’re going to hypothetically ask me: ‘It’s Friday night, you’ve got 4 hours off, nothing to do, and all the money in the world, what do you want to do?’ Man, let’s go to the gym. Let’s clang and bang.” 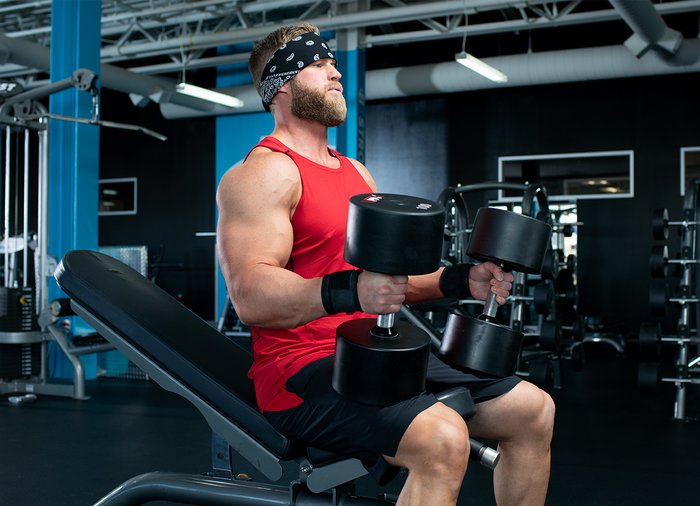 The lesson for you: Competing is a major decision and big commitment, and while many people treat it as a natural progression in training or use it for motivation, it doesn’t have to be either of those things. There’s no shame in simply training for life, and for the love of each rep along the way.

4. Use Doctors to Help You—Not Limit You

You’re training hard, but you’re in pain—and you’re starting to believe that it’s the kind of pain caused by an injury. What’s the next step? You could continue suffering through it. You could spend untold, unguided hours on foam rollers and trigger point devices. You could go to the chiropractor, a soft-tissue specialist, or any number of other medical specialists.

You could do a lot of things—but according to Redden, the place to start is the office of your primary care doctor.

And if you’re a lifter, he also recommends that your doctor lift. No, he doesn’t have to be as jacked as Redden, but simply someone who “understands your activity” and doesn’t roll their eyes or tell you to stop. He says this applies to anyone training hard for any physical activity.

Lesson for you: Don’t shy away from treatment that you know, or just suspect, you might need. Being an informed lifter will only make you a better one, as long as you’re willing to always keep moving forward.