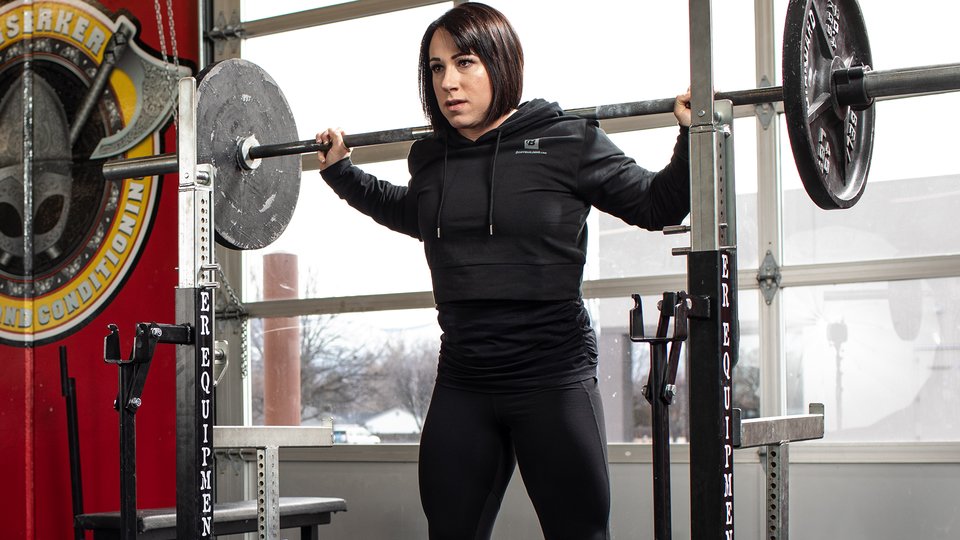 For as long as I can remember—and as long as most of us have been alive—the squat has been the jelly in the jelly-roll when it comes to talking about lifting for muscle and strength. Sometimes even to a degree that didn’t make sense. Like “squat for bigger arms.”

Sure, I get the logic. The average skinny noob seeking bigger arms needs to get bigger overall and to truly learn what it means to train very hard, and so the squat is thrust on him as the answer to all of his hardgainer woes. But let’s be honest: If you want bigger arms, I’m going to advise you to do some arm work.

This isn’t my attempt to take away from the squat, or its magnificent ability to transfer over into virtually everything from athletic performance to improving other lifts. Yes, the squat can do all of these things. But there’s a price. Plenty of people struggle—for plenty of different reasons—when it comes to putting a barbell on their back, and then doing a deep knee bend with it. Specifically, something hurts—and it hurts just bad enough that squatting doesn’t really seem to make sense for you.

I feel your pain. Or rather, I have felt it. Here are my favorite solutions for the most common squat complaints.

The Complaint: My Hips Hurt

First off, it is beyond the scope of this article to diagnose any and every problem with pain related to squatting. Let’s get that out of the way now. If you got your hips blown up performing a reenactment of an Evel Knievel motorcycle stunt, then I’m pretty sure you know what the problem is.

But I may be able to help achy hips related to overuse when it comes to the squat. And the culprit behind that for most experienced lifters is one thing: Ego. And the low bar squat. OK, so that’s two things, but they are very much related. 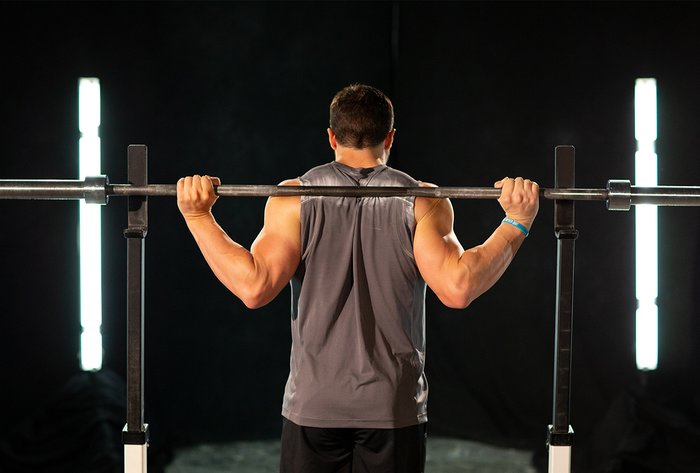 Low bar squatting is the go-to for powerlifting because it allows you to squat more weight. This is important in the realm of powerlifting, where moving as much weight as possible is the goal. Also, the hips are responsible for doing more of the work with this style of squat than they are with the high bar, more quad dominant version.

There’s nothing inherently wrong with low bar squatting, and depending on an individual’s leverages, it can be the more ideal squat style. Those with really long femurs and a relatively short torso will often find that the low bar squat does in fact feel far more natural. The high bar squat generally requires the lifter to stay more upright, and this is far easier for someone with short femurs and a longer torso.

With all that said, it’s still not a great idea to spend every squat session using the low bar squat only. 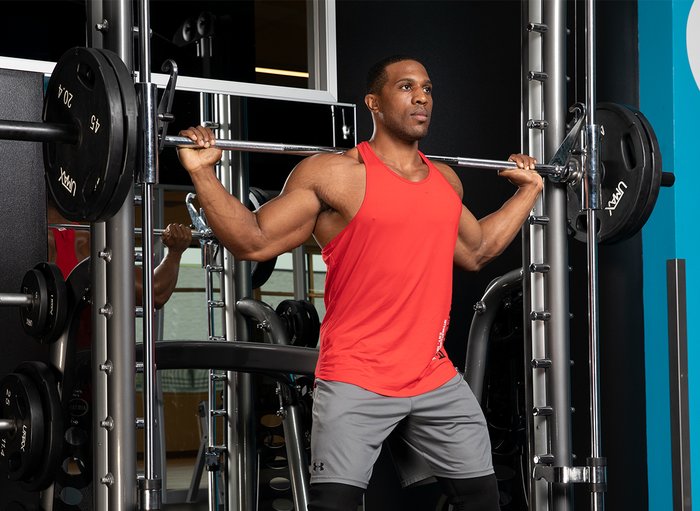 Spend plenty of time performing the squat with the bar high on the traps and the heels elevated. The heels-elevated version is especially ideal for those not suited for more upright squatting (due to their leverages), or those who have tight lower legs, which can inhibit them from maintaining a more upright position.

The bad news: It’s true, you’ll probably using less weight than you did with the low bar squat. But that’s to be expected with a shift in working around a smaller joint.

The good news is you’re extending your potential for a more pain-free training life by sparing the all-important hips. And if you’ve been living off of low bar squatting, then you should also see a jump in it when you go back due to a bigger and stronger set of quads (which is often lacking in those living off of the low bar version).

The Complaint: My Knees Hurt

The Solution: Strengthen Your Knees, Not Just Your Squats

I feel very fortunate that even after all the years of football, martial arts, and heavy lifting on my resume, I’ve really never had any knee issues. But of course, I understand that plenty of folks do have knee pain, and struggle to train around it at times—especially when trying to squat.

Unfortunately, the answer to fixing knee pain isn’t as simple as the answer to hip pain and switching to low bar squats. In fact, that can even exacerbate the problem, particularly if you have short and tight hip flexors in conjunction with weak glutes. This could contribute to improper knee movement in the squat, known as “valgus,” where the knees collapse inwards. 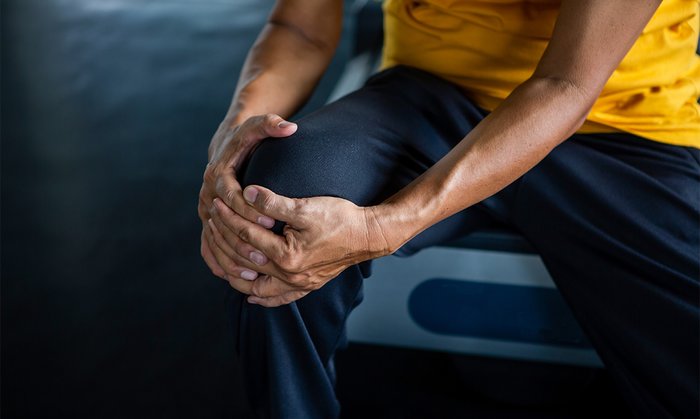 The most common solution to fixing knee pain is to simply strengthen the vastus medialis oblique (VMO), which is the only quad muscle that has a medial pull to the knee, and the glute medius, which is responsible for hip abduction.

When the VMO is weak or puny the knee won’t track properly, and this often contributes to pain in the patella tendon or overall knee pain in general. If the glute medius is weak, you’ll get that ugly knee collapsing because it isn’t strong enough to hold proper joint positioning in the kinetic chain.

Your solution here is quite simple—build the VMO and the glute medius with a one-two punch of Peterson step-downs (also known as “Peterson step-ups”) and rear-foot-elevated split squats.

Peterson step-downs aren’t a movement you’ve probably seen a lot in the gym. It’s not sexy to watch, or particularly fun or interesting to perform. But it’s very effective. The key with Peterson step-downs is to really load up the VMO with tension. If you’re performing them correctly, you should feel the VMO catch fire and fatigue after a few sets. I like to put my hand on my VMO to actually think about making it work, and there is merit to this. Literally thinking about the muscle you’re supposed to be working does cause a higher degree of activation with it in an exercise. So touch your VMO when you do these.

My friend and mentor Charles Poliquin was a big believer in these, and shows how to use them in this video.

You’ll notice that the range of motion in it is not big. And I even like to go one step further than Charles, and not allow the low foot to touch the floor. Just remember, if the low foot drifts behind the working leg, the loading distribution shifts a bit more to the hips. That’s exactly what we don’t want.

I also like to elevate the working leg here. It’s just a preference, but I do feel more activation in the VMO with the heel-elevated version.

Do 4-5 sets of 8-15 reps. Yes, that’s a wide rep range, but that’s because these are hard. You might only be able to do 5 or 6 with proper form at first. Just keeping working at them and strive to add more reps.

With the rear-foot-elevated split squats, you actually can focus on some loading, but don’t rush to do it. Get strong enough to knock out 4 smooth sets of 20 reps with body weight before you add an extra pound.

Since we’re on the subject, I’ll also share my favorite cue on these. Instead of thinking about bending at the knee on the working leg, think about tucking the knee of the rear leg down, then back behind you. That’s right, think with the rear leg, not the front one.

The bad news: Neither of these moves are all that cool, and both are hard with a capital H. The step-downs in particular! Just take them like medicine, and enjoy having pain-free knees.

Complaint: My Everything Hurts

The Solution: Step Away from the Squat for a While

A few years ago, I ended up nursing a very painful hip flexor. It didn’t bother me on squats until the loading got past around 405 pounds. But because I was still competing in powerlifting at the time, this thoroughly annoyed me. No matter what I tried, I couldn’t run through my usual strength-training cycles without it flaring up. I tried everything under the sun to fix it. Even working with two very good physical therapists trying to find a remedy to no avail. 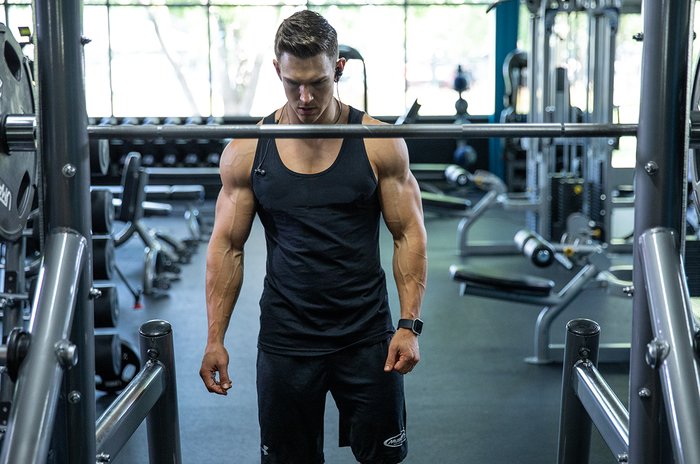 Eventually I gave up trying to “fix” it. I simply stopped squatting. I found other movements I could perform pain free and did them instead. My big three were the leg press, hack squat, and walking lunge.

I didn’t perform a barbell squat for about 8 months. Then one day, I decided I would try squatting again and I worked up to a snappy single at 500 pounds with no pain at all. A few months later, I hit my best gym squat ever at 660 pounds, pain free. 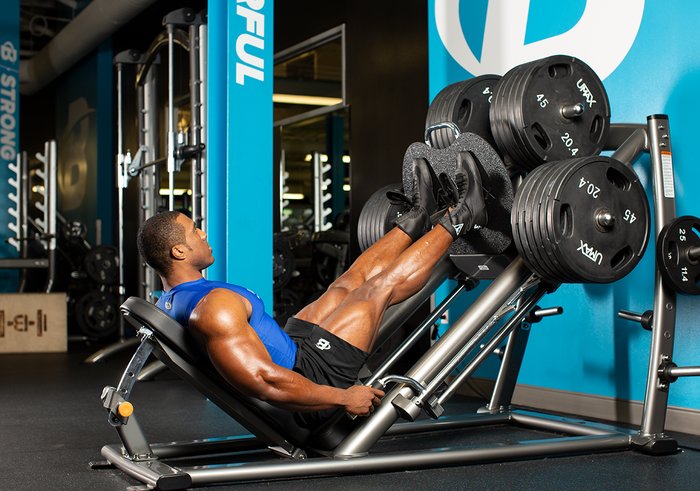 Turns out the “fix” for it was simply to stop doing what hurt. I know that’s an alien concept among a lot of lifters, but continuing to do something that causes you pain probably isn’t the greatest of ideas.

Often, the solution to an injury is to stop picking at it with rehab, mobility, stretching, etc. Literally, just leave it alone.

Continue to train by finding movements you can do with a full range of motion, pain free. I feel as though this is common sense, but I also felt like I had common sense and was still trying to squat through pain for months on end.

When you come back to it, there’s nothing that says you have to do it twice a week, or even once, for that matter. As I explained in my article “Get Crazy Strong Squatting and Pulling Every Other Week,” you can progress on low-frequency heavy lifting, if you know how to do it right.

The bad news: You’ll have to put your ego aside. The reason a lot of lifters will continue to train through pain related to a particular movement is because of fear: “If I stop squatting my squat will go into the crapper!”

Seriously, it only took me a few weeks of squatting again to be right back where I was before the injury started giving me problems. So long as you’re training hard and don’t spend a year on the couch binging on Chipotle and Netflix, you should be fine.

If you’ve exhausted various rehab protocols and nothing seems to be working, simply stop squatting for 6-8 weeks. When you do resume squatting, start light, and work your way back into things slowly. Don’t rush! Do it right, and you’ll feel right when you do it.

Paul’s four-week program Jacked in 3 has the perfect amount of heavy lifting, along with solid volume to grow on, in just three sessions a week. Plus, you’ll train arms in every workout! It’s available exclusively in Bodybuilding.com All Access.