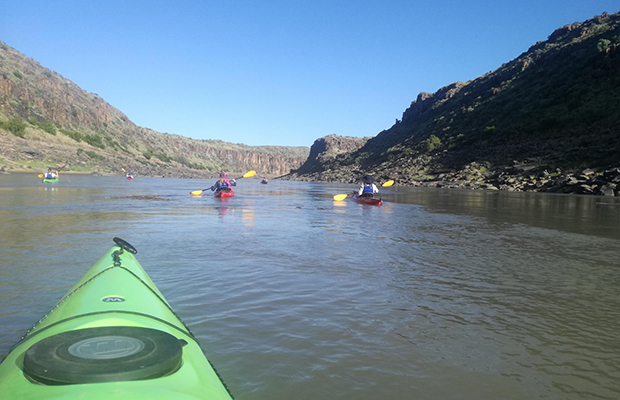 I recently had the most epic active holiday. I’m talking bucket list stuff here: paddling the great Gariep River (aka Orange River), camping along its breathtaking banks, sleeping under an explosion of stars. It was everything.

And now I can’t quite imagine planning a trip that doesn’t include a game of chicken with a rapid and an outdoor toilet. I mean, you can sit safe on your throne at home.

Because while I am essentially a lazy girl known to spend an entire day at camp on a chair with a book, shifting butt cheeks one at a time just to keep the blood circulating nicely, this trip changed me in a way that I can’t unchange.

Yup – I am that girl now

The one who requires an active holiday. And you will too. Once you’ve heard my story. And the seven reasons why the benefits of planning a little adventurous something-something far outweigh your run-of-the-mill B&B vibes.

It all started deep in the Karoo Gariep Nature Reserve…

I was instantly smitten. New Holme is utterly unpretentious and so warmly welcoming you’ll find yourself dissolving into a couch, tipple in hand and tame meerkat on lap (yes, he exists and his name is Frank) before your bag has hit the floor.

FYI, these little guys were my neighbours… 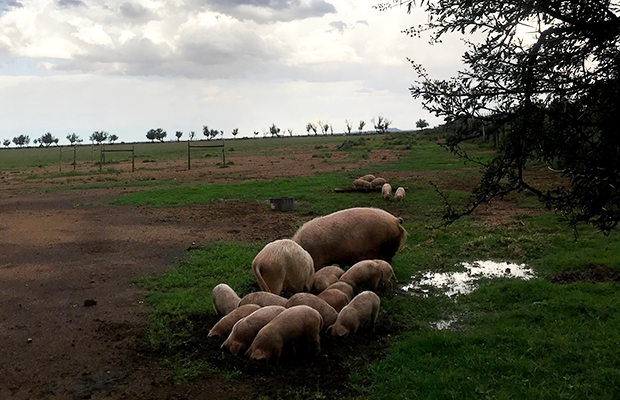 Also, I was greeted by this snug hideaway when I opened the door to my room… 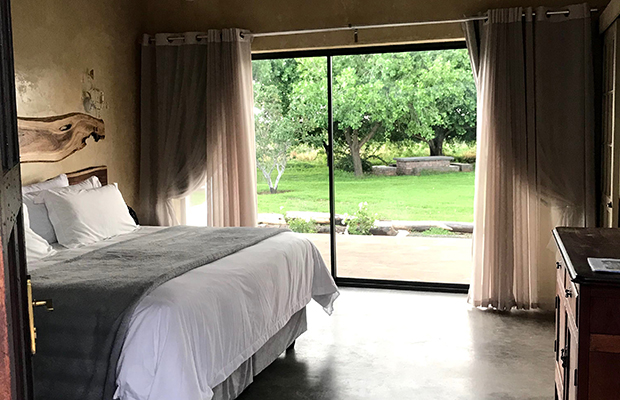 Because while this quaint country house basically had me at “traditional three-course meal”, the point is the paddle. Yup, the folks at New Holme will guide you along a stretch of the Gariep – or Orange as most people know it – that includes views you need to see to believe, and an overnight stopover that both glampers and hardcore campers will love. And herein lies the reason (um, bazillion reasons) you need to add this to your 2020 active holiday list.

1. All those gym gains… well, you get to keep them. Actually, you get to Show. Them. Off. 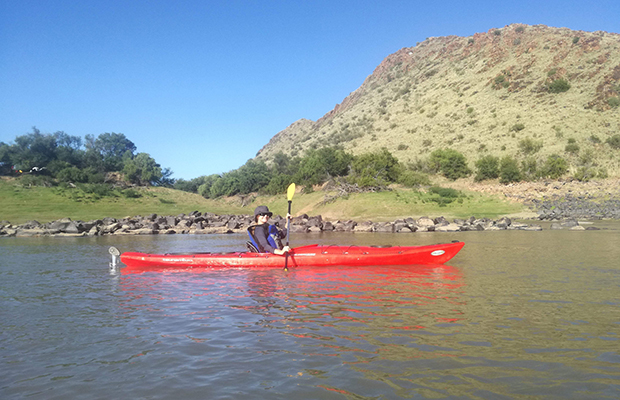 The two-day paddle covers around 23km in total – completely manageable for an adult of moderate fitness. You score said incredible view. Plus: Not only do you not lose your gains to a deckchair and a daiquiri, but you actually build on them.

Paddling the Gariep, while not CrossFit box body-destroying scary (I was kidding about the chicken game above), puts your body through its paces. And let me tell you, if the wind is blowing in the wrong direction and you don’t flex those muscles, you’re toast. I felt my arms. And my abs. And my legs. And my butt. And I ate like a man that night.

2. You can eat ALL the chops

Or mealies. Or whatever your preference. Because you’re going to be hungry. And isn’t it the most lekker feeling to be able to indulge, guilt-free, after putting in the slog to own your seat at the braai?

Note: On arrival at camp, our tents had magically been erected and a steady trail of smoke meant food was to follow. Heart. Melted. 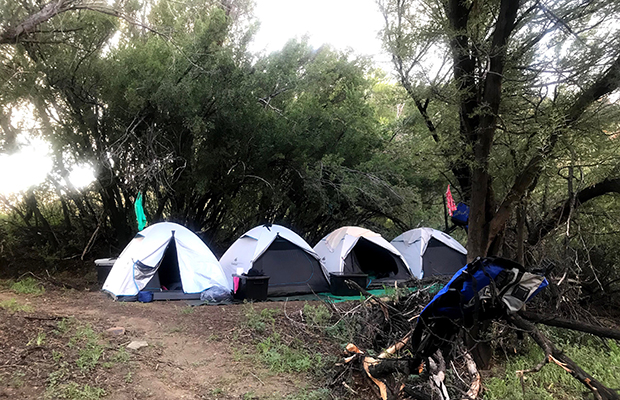 Well, maybe… Just hear me out: There’s something about a non-active holiday that makes cracking open a beer at 10am okay, right? When you’re paddling all day, while an ice-cold one at the end of the day is the stuff successful adverts are made of, weirdly, a cool water will make you feel just as good. And I really like that idea. 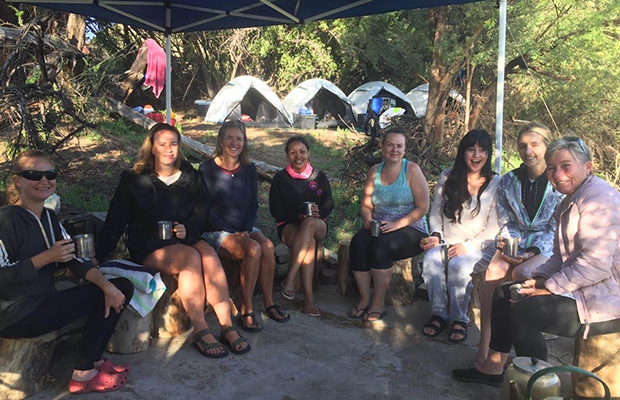 There’s something so crisp about being in nature sober – not like in the city, where you want or need to take the edge off. In nature you’ll want to be 100% present. Drinking in the stars you’re lying under. Waking up at 5am, no hangover.

Unlike me – exhibit A below… 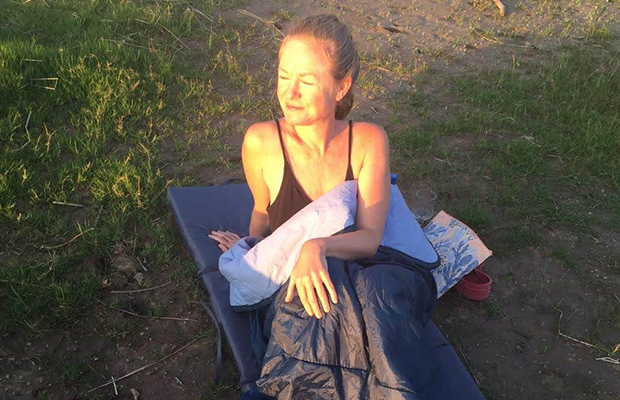 [Confession: I tucked into the brandy and although the stars were hazier, it was still awesome. It’s probably the reason I opted to drag my mattress down to the shore instead of sleeping in the tent. So it worked out. However, next time I’m doing it sober.]

4. You’ll chill so hard you won’t recognise yourself

Propelling yourself through water for a day or two is like a brain cleanse. Whatever you need, you’ll get: more happiness, less angst. Actual studies show that being on or in water can lift mood, ease depressive symptoms, reduce anxiety, even help with grief.

I can vouch for this. My dad died a week before the trip. I hummed and hawed about going, but I’m glad I did. Because during those two days on the river, I worked through some serious stuff, without even trying.

Honestly, it’s the closest you’re going to get to meditating without subscribing to a guru’s YouTube channel. I won’t gush too much, but this little truth bomb could put a couple of of therapists out of business. #JustSayin.

Here’s me looking happy as a clam in my red Crocs and funny hat… (third from left). 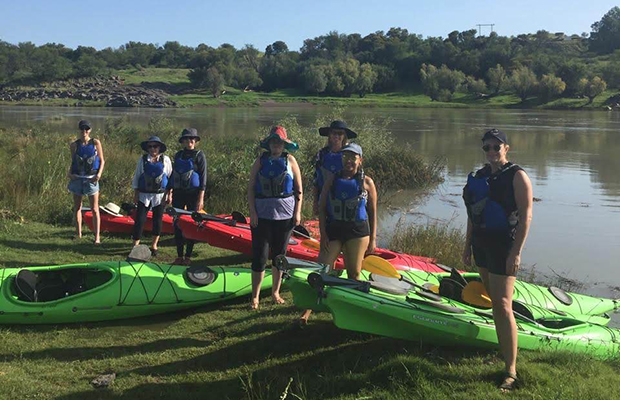 Because there are no gadgets making noises when you’re on a river or sitting round a fire.

Bonus: There’s none of that nonsense at the farm either. Yup – no tv. And intermittent signal. [Which is the only reason I’m still with MTN: the kak signal. It keeps me focused on the flowers IRL, instead of a picture someone took of flowers on Instagram.] And guys, really engaging with other people is a lost joy.

Here’s me persuading my new friend to swim with me. In. Real. Life. 6. You’ll have stories to tell

Okay fine, you’ll also have Insta Stories to tell. But mostly you’ll have real tales that are so tantalising you’ll find yourself telling them over and over again. 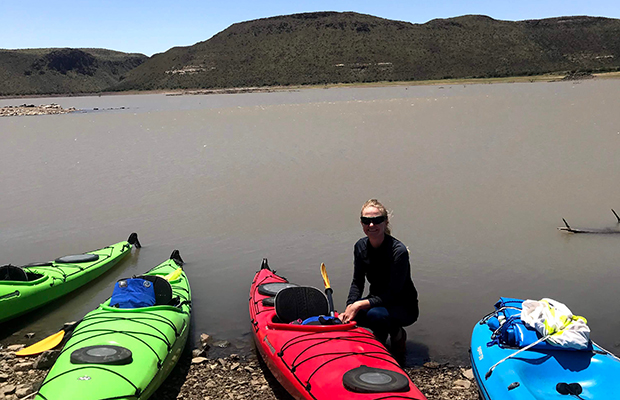 7. And a new place to boast about

The Northern Cape and its people. It took us around nine hours to get there, and the drive itself deserves a story – through dorpies and changing landscapes that need to be seen to truly be understood. But I’m hoping that my bumbly words and haphazard picks will at least encourage you to scribble an active holiday into your 2020 calendar. If you’re not sure where to begin, start with this one.