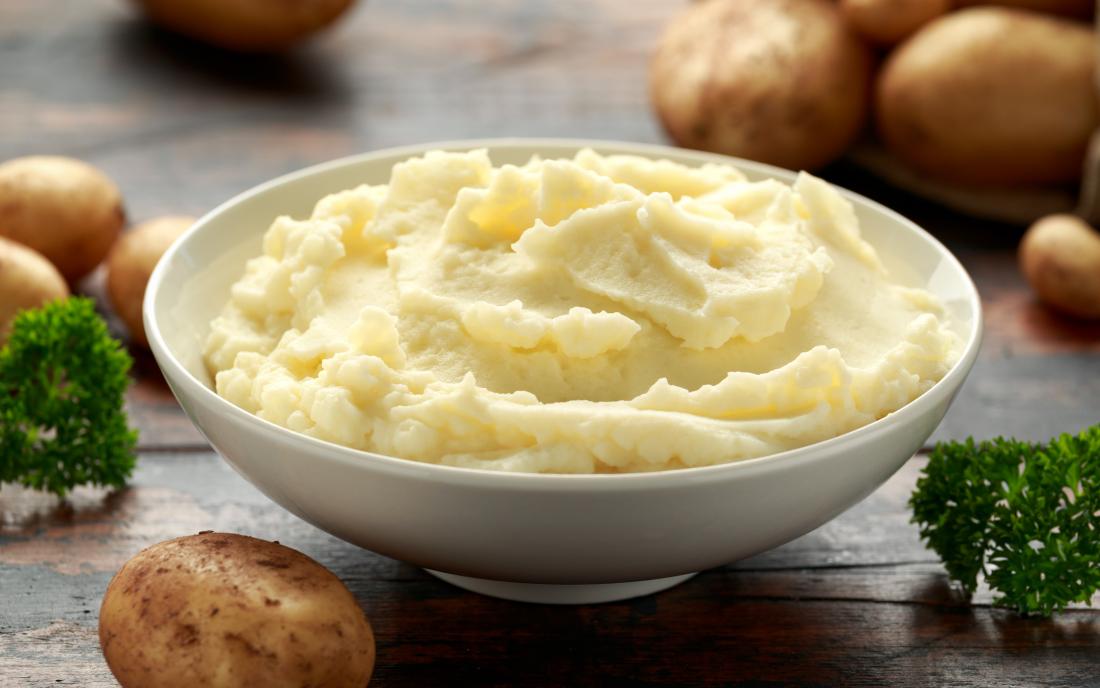 New research delves into the benefits of potato puree for athletes.

Compared with ingesting water alone, cyclists who ingested potato puree performed as well during an endurance trial as cyclists who consumed a commercial carbohydrate energy gel with the same amount of carbohydrate.

“In conclusion,” note the researchers in a recent Journal of Applied Physiology paper on the study, “potato and gel ingestion equally sustained blood glucose concentrations and [time trial] performance.”

“Research has shown,” says senior study author Nicholas A. Burd, a professor of kinesiology and community health at the University of Illinois at Urbana-Champaign, “that ingesting concentrated carbohydrate gels during prolonged exercise promotes carbohydrate availability during exercise and improves exercise performance.”

“Our study aim was to expand and diversify race fueling options for athletes and offset flavor fatigue,” he adds.

Although protein and fat can supply energy, the body breaks down carbohydrate much more efficiently to meet the energy demands of high intensity exercise.

Carbohydrate energy gels are ideal race fuels because, not only do they sustain performance, but the body readily digests and absorbs them.

“Potatoes are a whole food based option that fulfills these criteria, yet their impact on performance remains unexamined,” write the authors.

The team randomly assigned each participant to one of three race fuel groups: potato puree, carbohydrate gel, and water only. All groups completed a 2-hour cycling challenge and a time trial while consuming their particular race fuel.

The trial had a crossover design, meaning that the groups swapped around so that each participant experienced all three race fuels.

The researchers standardized the cyclists’ food intake for 24 hours before the trial.

The measures revealed that heart rate, blood glucose, and blood lactate were higher by similar amounts in the gel and potato puree groups when the research team compared them with the water only group. Lactate is a byproduct of muscle metabolism and a marker of exercise intensity.

In addition, time trial performance was the same in the gel and potato puree groups and better than the water only group.

“We found no differences between the performance of cyclists who got their carbohydrates by ingesting potatoes or gels at recommended amounts of about 60 grams per hour during the experiments,” notes Prof. Burd.

He remarks that both potato puree and carbohydrate gel gave the cyclists a “significant boost in performance” in comparison to water only consumption.

There was a marked difference in gastrointestinal effects, however. The potato puree group experienced more bloating, pain, and flatulence than the gel and water only groups.

Prof. Burd suggests that these symptoms could be because it takes a larger volume of potato puree to yield the same amount of glucose as that in gels.

“Nevertheless,” comment the authors, “average [gastrointestinal] symptoms were lower than previous studies, indicating that both (carbohydrate) conditions were well tolerated by the majority of the study’s cyclists.”

They note that, as a cheap wholefood that is dense in nutrients, potatoes offer athletes a promising race fuel option. In addition, they provide a savory alternative to sweet carbohydrate gels.

The Alliance for Potato Research and Education sponsored the study.

“All in all, our study is a proof-of-concept showing that athletes may use whole food sources of carbohydrates as an alternative to commercial products to diversify race fueling menus.”