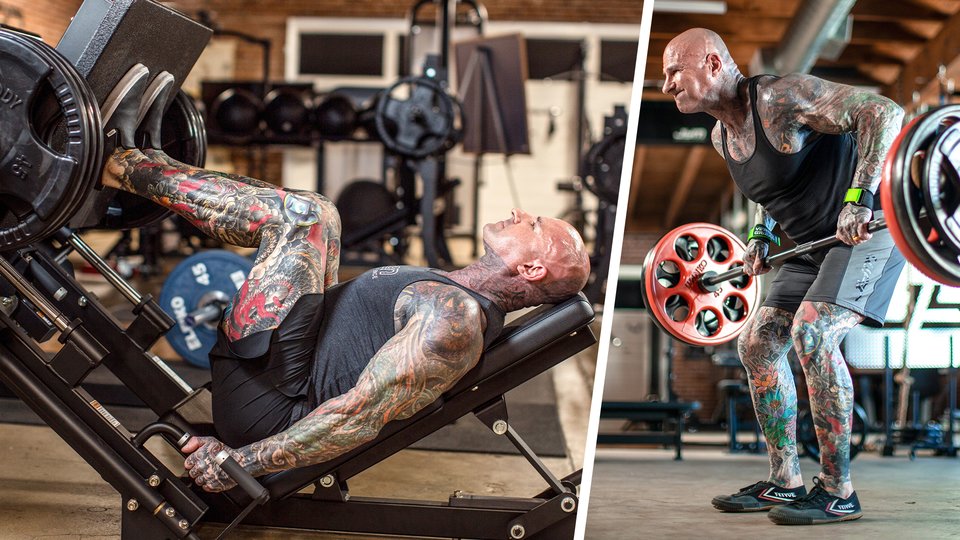 Supersets need no introduction. Bodybuilders and novice lifters alike have been using them for decades to save time in the gym and increase their workout intensity, muscle gain, and fat loss. Supersets are a highly effective training technique for every gym-goer, regardless of their primary goal. Everyone agrees on this.

As with any workout or technique, however, if you do it the same way for too long, your size, strength, and fat-burning results will plateau. With supersets, if you pair the same exercises and use the same rep ranges every time—e.g., your favorite barbell curl/skullcrusher superset, 10 reps each—you’re leaving a lot of gains on the table.

Supersets show up in many of my programs, both here on Bodybuilding.com and on my membership site, JimStoppani.com, but I’m constantly changing the way I use them. One of my favorite creations is the “heavy-light” superset. I first introduced these pairings in my Super Shredded 8 program. By alternating high reps and low reps within supersets, you’ll take your intensity to the next level and start seeing results in muscle size and fat loss in a matter of weeks, plateaus be damned!

Generally speaking, the superset is a straightforward technique: two exercises performed back to back with no rest in between. After the second exercise in the pairing, you take a rest, then repeat the process.

As documented by Joe Weider more than 50 years ago, a true superset involves exercises for opposing muscle groups; for example, chest and back, biceps and triceps, quads and hamstrings. When the two exercises train the same muscle group, it’s technically called a compound set—but that’s semantics at this point. Nowadays, any time two exercises are done back to back, regardless of what muscles they train, it’s called a superset.

I bring this up because my heavy-light technique, as illustrated below, uses same-body-part supersets. 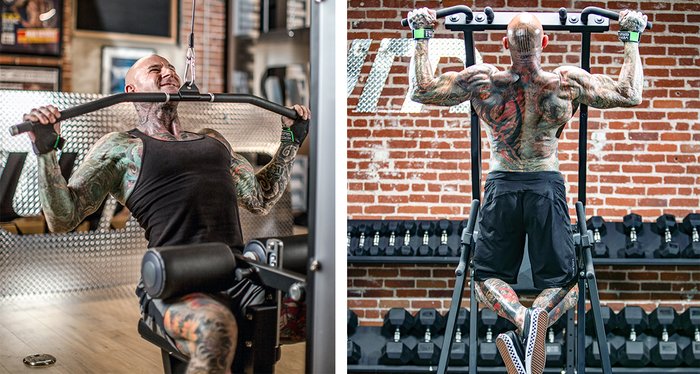 In a heavy-light superset, you perform one of the two exercises with a relatively heavy weight and low reps, and the other with a relatively light weight and high reps. I programmed it that way because muscles respond well—from a muscle-building as well as fat-loss perspective—to both protocols.

With fat loss specifically, when you do high reps, you’re doing more work, which will result in more calories burned during the workout. If you’re trying to get leaner, you should definitely include some lighter, higher-rep sets in your training.

Still, to maximize fat loss, you must also keep calorie burning high after the workout, when you’re at rest. That’s where the heavy, low-rep sets come into play. Training heavy increases what’s called excess post-exercise oxygen consumption, aka EPOC, or “afterburn,” in which you take in more oxygen for muscle recovery while at rest and, in turn, burn more calories. The higher the EPOC, the more calories you burn.

In Super Shredded 8, each superset includes a heavy and a light exercise, but the weights don’t stagnate. Every two weeks, the heavy weight gets heavier and the reps lower, and the light weight gets lighter with higher reps.

You have two types of periodization occurring here simultaneously: linear periodization on the heavy exercises, where weight gets progressively heavier and rep counts decrease, and the opposite—reverse linear—on the light exercises.

Here’s how the reps progress through the program:

As you can see, in the last four weeks, you’re going both very heavy and very light in each in of your same-body-part supersets, whereas in the first four weeks the reps stay more in the moderate range, never dipping below seven or going higher than 20. Throughout the eight weeks, your muscles are exposed to pretty much all weights and rep ranges. This strikes the perfect balance between maximizing calorie burning during workouts and bumping up EPOC afterward.

Another technique I like to add to supersets is pre-exhaustion, where you train an isolation (single-joint) exercise before a compound (multijoint) move. Pre-exhaustion is a great technique for building muscle and using it within a superset will further enhance fat loss by boosting the body’s metabolism.

In most of my programs, each muscle group is trained with multiple exercises. This one includes two supersets per muscle group—four exercises total. In adding the heavy-light technique, you do the first superset with the compound move first, followed by an isolation exercise. The second superset flips the order to deliver the pre-exhaust.

Below are superset pairings for chest, back, legs, and triceps. I included two supersets per body part to show the pre-exhaust on the second pair of exercises. I also provided examples of different rep ranges to show variety.

Shortcut to Size offers many opportunities to incorporate supersets, which helps you get in and out of the gym in less time.

For example, in Day 1—the chest, triceps, calves workout—you do four exercises for chest, two compound moves and two isolation moves. To mimic the above sample supersets, simply pair the first and third exercises (bench press to incline dumbbell fly) and the second and fourth moves, flipping the order to pre-exhaust (cable cross-over to incline barbell bench press).

For triceps, there are three exercises listed, so it doesn’t work quite as neatly, but you can still pair two of the three moves (say, triceps push-down and lying dumbbell triceps extension) and do the third (cable rope overhead extension) on its own.

As for the heavy-light component, Shortcut to Size has you doing the same reps for all exercises for each muscle group. If you really want to get the heavy-light effect, you can mix and match the main rep ranges used during the 12-week program: 12-15, 9-11, 6-8, and 3-5.

After a week or two of this, you could change the reps to:

The bottom line is, supersets should never become boring. Change up the exercises, weights, and rep ranges, and keep those muscle gains coming!

How To Exercise & Diet For Your Body Type – Men & Women!
15 min Kids Dance Fitness Workout
THE BEST PRE WORKOUT MEAL
My 30kg Routine To Lose Weight – What I Ate In A Day, Workout Routine & Staying Motivated
Building a Recovery Toolkit: 3 Passive Recovery Methods to Add to Your Routine