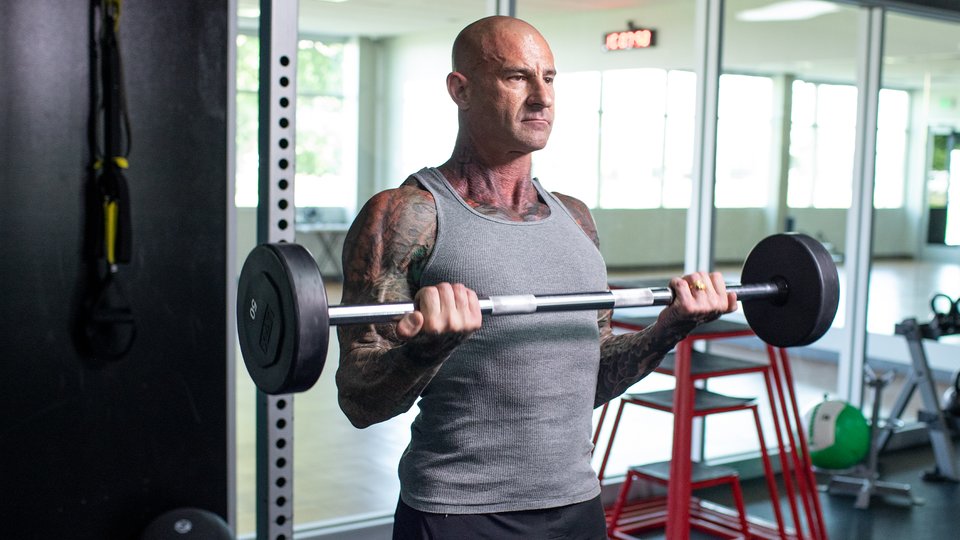 Let’s cut to the chase because everyone is short on time.

I’ve got a 15-minute arm workout that will feel more like an hour-long session by the end. This routine will help you build size and definition in both the biceps and triceps through a variety of equipment (barbells, cables, and dumbbells, in that order), grips (overhand, neutral, single-arm, double-arm), and angles of pull (overhead, behind the back, in front of the body).

Biceps and triceps perform the exact opposite movements—elbow flexion and extension, respectively—which makes them perfect supersetting partners. If you did all of the below six exercises, and 18 sets total, as straight sets, it would take you twice as long.

So, when you’re short on time or just looking to tack a quick arm workout onto the end of another routine, give this a try. If you’ve got 15 minutes to spare, you’ve got time to build bigger arms.

Here’s a superset-by-superset rundown of the workout. You can also watch the below video, where I demonstrate all six moves at The JYM in Hollywood, my personal training headquarters.

Your first superset pairs two major mass-building moves for the bis and tris. When in doubt, do your barbell exercises early in the workout, as you can use the most weight when your muscles are at their freshest.

As I state in the video, to maximize triceps tension on the lying extensions, shift your arms back so that your upper arms are pointed slightly behind you (as opposed to perpendicular with the floor). When you do this, your triceps are still fighting gravity even when the elbows are locked out at the very top; when the arms are perfectly vertical, tension is taken off the triceps momentarily at the end of each rep. 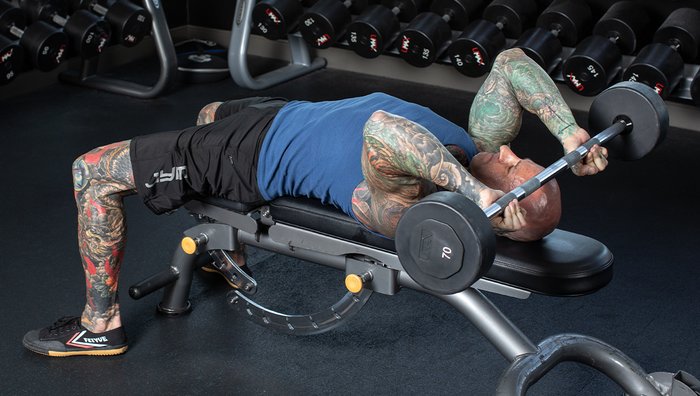 Pick aggressive weights on these two exercises. You want to make sure you’re hitting failure in the 8-10-rep range on at least the first set for both moves. On the second and third sets, stick with the same weights and go to failure again, whether you hit 8-10 reps or not. With only 15 minutes devoted to arm training, don’t waste any time—start fatiguing the muscles right out of the gate.

Now we’re moving to the cable station to emphasize the constant tension provided by the pulleys. A couple other variables change in this superset, as well.

First of all, you’ll be doing unilateral (one arm at a time) movements to promote balanced development in both arms. Normally, you wouldn’t do single-arm versions when trying to save time, but as long as you take zero rest between sets, you’ll still be able to move through these exercises quickly. Alternate muscle groups every set: right side triceps, right side biceps, left side triceps, left side biceps. I recommend a neutral grip on the kick-backs (holding the cable directly) and a supinated grip (using a handle) on the curls.

You’ll also switch arm position with these two exercises; both moves place the working arm behind the body, whereas Superset 1 had the arms in front of the torso. Behind-the-back curls place more emphasis on the biceps long head (which makes up a majority of the biceps “peak”), while kick-backs place slightly more emphasis on the triceps lateral head.

Again, take all 3 sets for both exercises to failure, using the same weights for all sets on each exercise. Cable exercises are often used as detailing moves, but these should be no walk in the park. If anything, these sets should burn a little more than the barbell moves due to the higher reps and constant tension provided by the cables.

For the final superset, dumbbells are the tool of choice. With the hammer curl, your hands are in a neutral position. This brings the brachialis muscle into play to add thickness to the arms, while also targeting the long head once again.

With the other move, the arms-overhead position squarely targets the long head of the triceps. When the long head is fully developed, you’ll have great thickness on the backs of your upper arms near your shoulders.

You can do the hammer curls either alternating or both arms simultaneously. Your call. The overhead extensions can be performed either standing or seated. 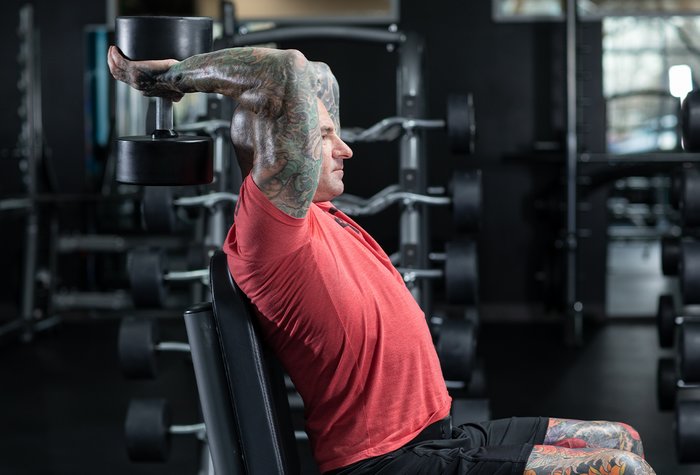 After going to failure on all sets of these two dumbbell exercises, the workout is complete. To stay on task, try to make sure each superset pairing (3 sets each) takes no more than 5 minutes.

In future workouts, feel free to use different variations of the same movements—for example, do dumbbell versions of the Superset 1 moves, or use cables on the Superset 3 exercises.

With a variety of movements and high intensity, building bigger pipes doesn’t have to take long. This workout proves it!