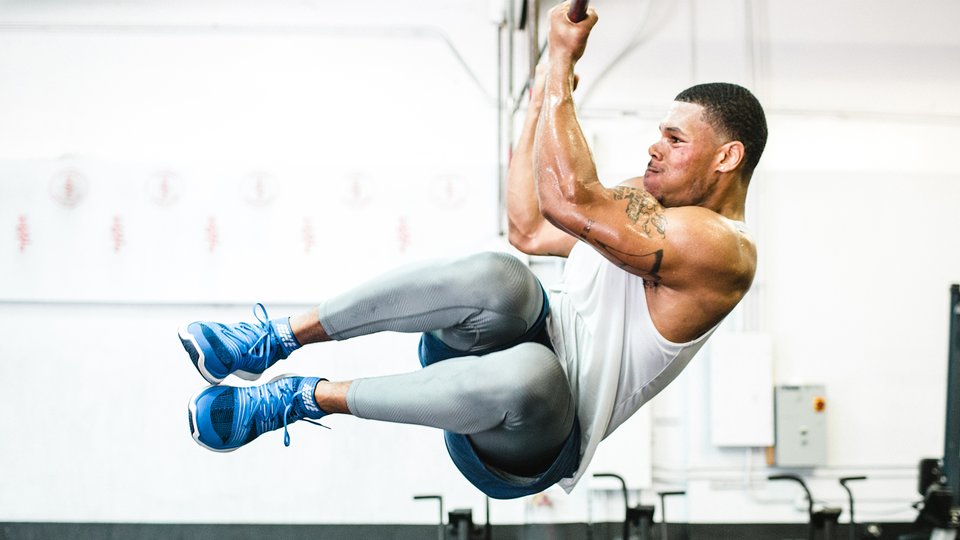 For the latest stop in his “Just Train on the Go” series, Ron “Boss” Everline did something a little different. This time, he went to Branson, Missouri to compete against professional first responders in the Firefighter Combat Challenge.

The challenge is a brutally tough 2-minute event that mimics what firefighters actually do on the job—running up stairwells; pulling, dragging, and hammering heavy loads; and controlling powerful firehoses—all while weighed down by hot, unwieldy protective gear.

Everline is a Cellucor-sponsored athlete and celebrity trainer, but he’s never seen anything like this challenge. Coaching him was Clarence Parks, a pro firefighter and multiple-time event champion. He’s not a professional athlete, yet he’s one of the toughest, strongest guys Everline has ever raced.

“There’s being fit, and then there’s firefighter fit,” Parks said. For this high-stakes job, toughness is nonnegotiable.

Everline was able to call on his years of fitness training and mental strength to hold his own, but barely—and he didn’t even wear the 30-pound oxygen pack the pros carry in the challenge and on the job. He gained an entirely new appreciation for the training that goes into being a firefighter.

“I thought I had respect,” he gasped as he finished. “My level of respect went to a whole other level.”

Fitness isn’t just about looks. Sometimes it isn’t an end goal, but a beginning—a prerequisite for doing great things outside the gym. Whether it helps you carry someone out of a burning building or just helps you play airplane with your kid, being fit lets you be an everyday hero and make a difference in people’s lives.

Put your strength to use! Learn how to become a firefighter or sign up for the Firefighter Combat Challenge.